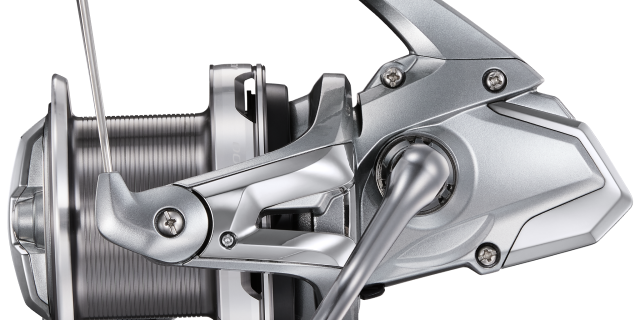 Surf casters demand versatility and durability from their tackle. Whether throwing giant swimbaits from the rocks along the Cape Cod Canal, slinging eels in the surf in the shadow of Montauk Light, or launching chunks past the third breaker on the Outer Banks, anglers require that every piece of equipment helps them cast farther, fish longer and fight tougher. Shimano leverages over a century of design and manufacturing excellence in crafting the new Ultegra XSE spinning reel, providing peak performance in every situation and exceeding the expectations of the most passionate surf casters.

Leading the fishing industry in innovation and quality for over 100 years, Shimano’s manufacturing capabilities allow for anglers worldwide to enjoy their time on the water to the fullest. We designed the entire lineup of Shimano products to elevate angler experiences with features that continuously evolve to push the boundaries of modern fishing tackle while raising the bar for the whole fishing industry.