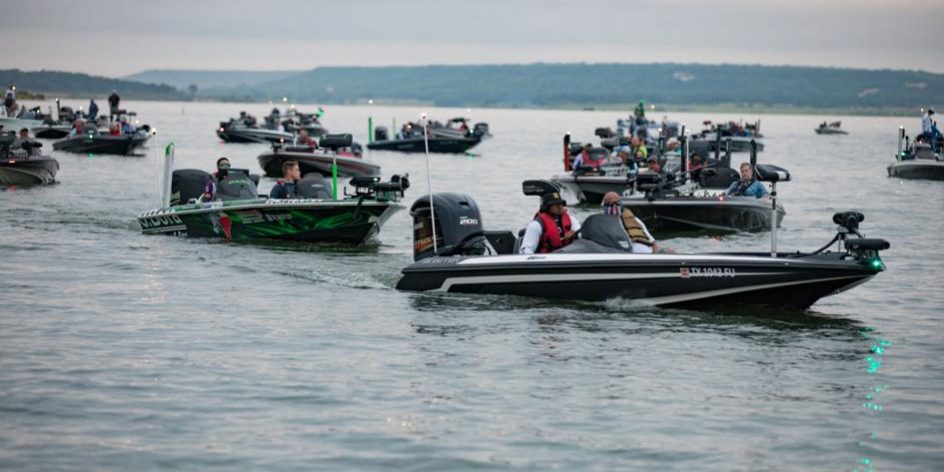 As the sun rose over Belton Lake Saturday morning, more than 200 boat loads of Soldiers and veterans gathered at Belton Lake Outdoor Recreation Area for a fun day of fishing at the 15th Annual Fishing for Freedom.

The event kicked off Friday night with a barbecue dinner at the Killeen Civic and Conference Center, along with silent auctions and raffles to raise the money for the tournament. Come Saturday morning, everyone had their eye on the first-place prize, which was a brand new Caymas CX18 with a Mercury 150 HP engine.

Veteran Camille Francis-Howard was participating for the third time with her husband. The couple was celebrating their 29th wedding anniversary and were really hoping to win the boat to top off their celebration.

“It’s a great event that supports the veterans. We (her and her husband) are both veterans and we’re trying to win this boat for our anniversary,” she said laughing. “I’m out here taking one for the team for my husband.”

Ultimately, the team of Daniel Barnes and Josh Abbatoye took the first-place prize, having caught five fish with a combined weight of 20.02 pounds. The second to 15th place teams split cash prizes, and the 16th to 26th place teams received rod and reel combos that had been donated.

Mary Brown, the secretary/treasurer for the Fishing for Freedom committee, said the event was started 15 years ago to build more cohesion between the community, Soldiers and veterans.

“I think, particularly lately, that a lot of the support for the military has fallen off. That was initially why we put the tournament on, to have Soldiers that are active duty and retired here in the community, get to know fishermen in the community, learn about fishing tournaments and make friends,” she explained.

She has seen many friendships develop over the 15 years the tournament has been around.

“We’ve had stories in the past where people that have participated have joined bass clubs and joined churches and become friends with the people they fished with and build rapport with the community,” she said. “That was what our drive behind the whole thing was.”

A fishing tournament was the perfect event to hold for veterans and Soldiers because Brown believes it is a very calming sport.

Brown said the fishing community here in Central Texas is very welcoming and loves sharing their passion with others.

“They’re a really fine group of people,” she said about the fishing community. “They don’t always share their fishing secrets, but they like to spend a lot of time … helping new people out. They like to get people into their sport.”

Registration for next year’s Fishing for Freedom tournament will begin on Sept. 1, 2022.