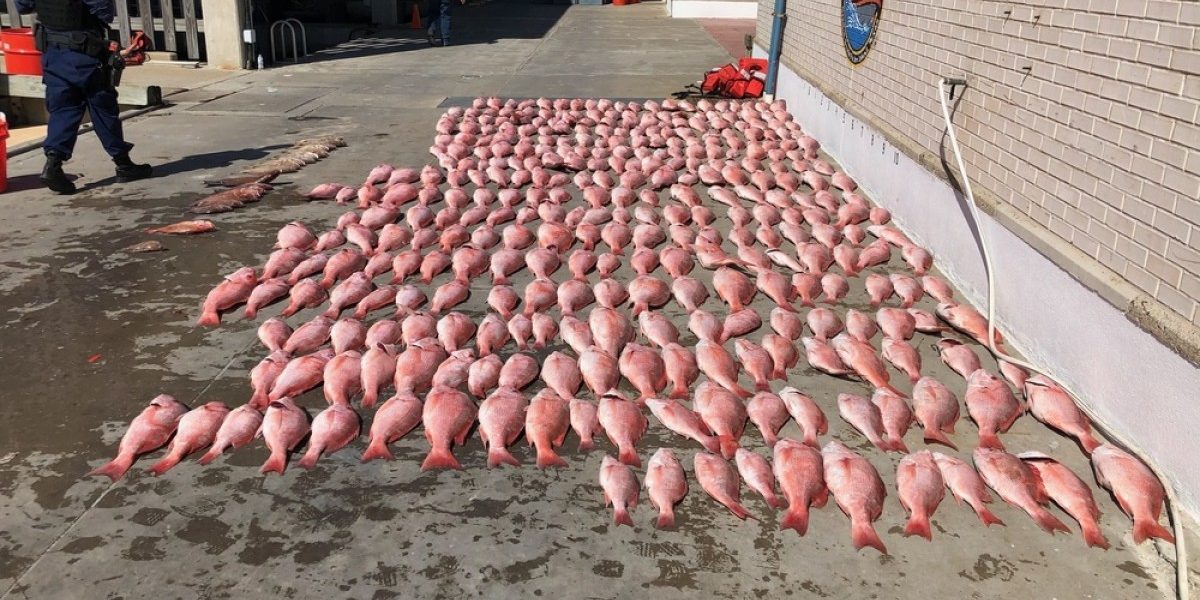 “Through our outstanding partnerships, we closely coordinate all lancha interdictions with partners from U.S. Customs and Border Protection, Air and Marine Operations, Office of Field Operations and the Texas Parks & Wildlife Department, when inside Texas state waters,” said Capt. Hans Govertsen, commander of Sector/Air Station Corpus Christi. “Each case is unique and requires unity of effort to stop illegal fishing in U.S. waters, preventing the depletion of our valuable living marine resources and protecting the sovereignty of our national waters.

“At a tactical level, our collective efforts are taking a toll on the local resources of illegal fishermen,” said Govertsen.

The boats had high-flyers, GPS devices, radios, and fishing gear onboard that were apprehended by authorities.

Coast Guard Sector/Air Station Corpus Christi says it’s crews have interdicted 45 lanchas, detained 183 fishermen and seized a total of 10,861 pounds of catch, north of the U.S.-Mexico Maritime Border since the beginning of the year.

Illegal fishing activity that is 9 miles offshore should be reported to “Operation Game Thief” at 1-800-792-GAME (4263). For all suspicious activity or illegal fishing occurring in federal waters, 200 miles offshore, please contact the U.S. Coast Guard at 361-939-0450.