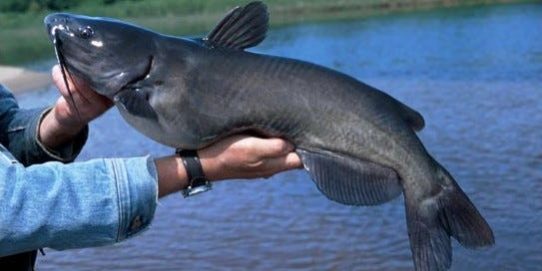 From The Daily Jeffersonian:

The Senecaville State Fish Hatchery is one of six fish hatcheries operated by Ohio Department of Natural Resources, Division of Wildlife, that produce more than 40 million fish a year to stock many of Ohio’s waterways.

Originally built in 1938 and opened in 1941, by the US Fish and Wildlife Service the hatchery was transferred to ODNR in 1987.

“Basically our purpose is to raise fish to stock into any public waters,” said Senior Technician Casey Goodpaster, who has been at the facility for 20 years. “We don’t sell to any private sectors, it’s all public waters, state lakes, the reservoirs, the river system.”

The funding for the hatchery and raising the fish comes from the sale of state fishing licenses.

“I tell people if you buy a fishing license this is where your money is going,” Goodpaster said. “We take a very small percentage of tax money from gas taxes at the marinas, but the majority of our money and funding come from fishing licenses.”

According to Goodpaster, the staff at the hatchery work hand-in-hand with ODNR biologists who determine population estimates during the winter months. These estimates are used to format a plan for stocking the lakes and keeping the waters filled with fish for people to catch.

“There are a lot of factors that go into it such as fishing pressure (amount of people fishing). There are some lakes that get more fishing pressure than other lakes, the desire of certain fish,” Goodpaster said.

There are certain areas of water that the hatchery concentrates on just due to the population, but they do work to stock all the state-operated waters.

Saugeye is a fish the hatchery stocks annually at Seneca Lake.

“People don’t understand that without us some of the fishing opportunities here wouldn’t exist here in the state,” Goodpaster said.

Senecaville State Fish Hatchery works with the five other hatcheries throughout the state, and each stocks different species.

Senecaville raises four different species in 37-one acre, man-dug ponds on 120 acres of land that are feed water directly from Seneca Lake. These species include saugeye, walleye, hybrid striped base and channel catfish.

The hatchery last underwent renovations in 1995 to the production building and pond upgrades. However the State Controlling Board recently approved $1.6 million for improvements to hatchery. This will include improvements to the waterline/supply system, delivery water filtration, installation of bypass and controls at the lift station for water leaving the hatchery, installation of a back up generator for emergency and stand by power and multiple other needed improvements.

“The money that we are getting for the capital improvements is coming from the last license increase,” Goodpaster said. “That was why we had to put the license increase in and they allocated and put back the money for the hatchery for improvements.”

Goodpaster noted that the hatchery is long overdue for upgrades, as there are four ponds that cannot currently hold water.

“The best time to come see what we do here is right around the Fourth of July because we start collecting eggs in the middle of June and catfish eggs hatch in about five days,” Goodpaster said. “So if you come about that time you see eggs we just collected, eggs ready to hatch and hatched fish so you kind of get to see the full spectrum from start to finish.”