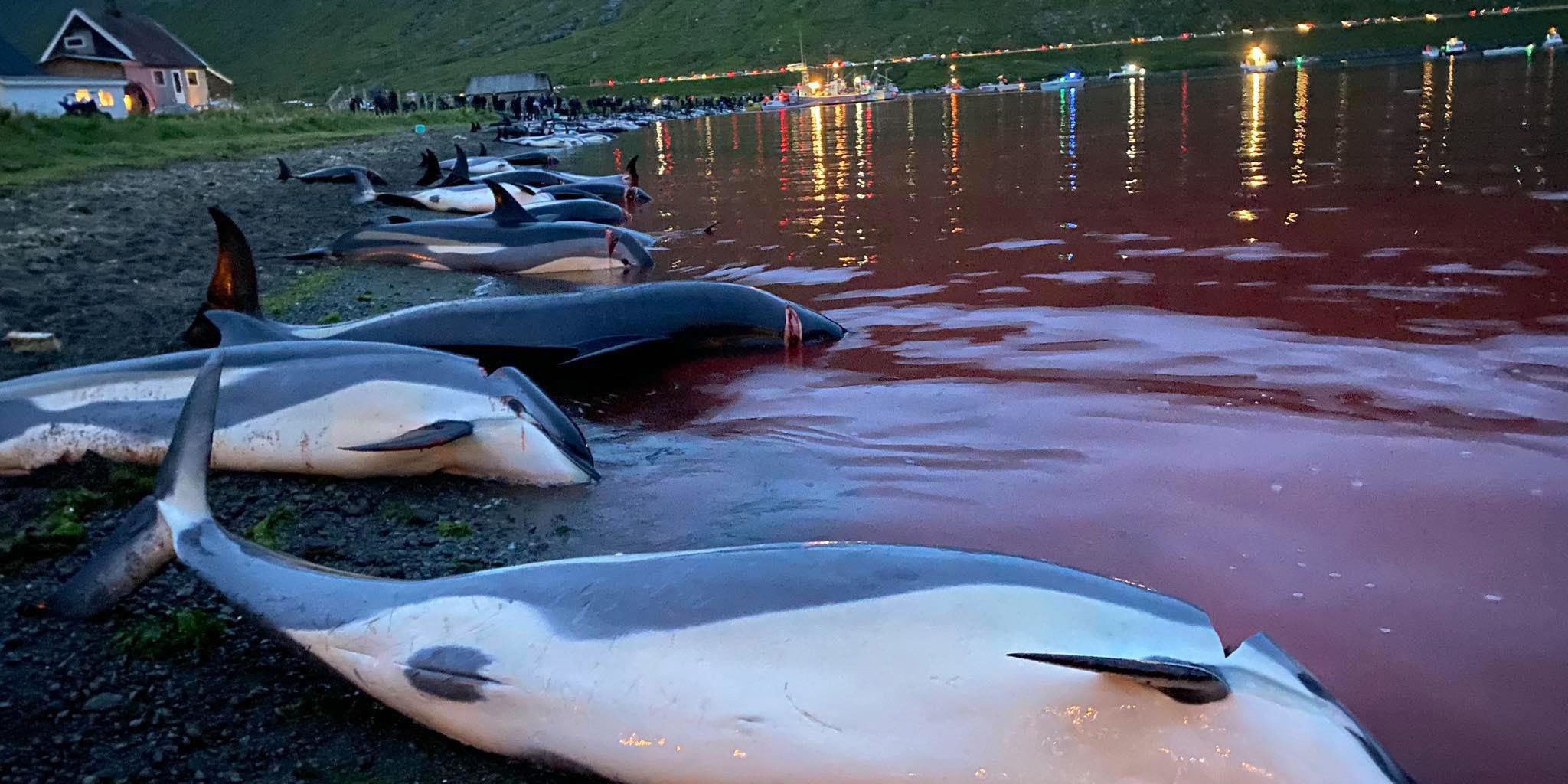 THE images were shocking, sure enough – bodies of dolphins laid out on the beach, streaked with blood, a sea turned red. Footage from the Faroese “Grind”, their hunt for pilot whales or white-sided dolphin, always is. But before we rant and about that bloody speck in the eyes of the Faroese, we should look at the plank in our own. It may be less visible, but it is there.

That recent Faroes killing sands was, of course, particularly horrifying, 1428 dolphins killed in a single hunt, and I make no excuses for it. It has even, reportedly, upset many supporters of the tradition. That it appears to have been accidental and the hunters thought they were pursuing a much smaller pod, makes it little better.

Killing like this, particularly at a time of rising awareness of our multiple impacts seems like a symbol of homo sapiens’s inability to stop. But the hunt for cetaceans which takes place not only in the Faroes, but also famously in Japan’s Taiji, is not the only cetacean-harming activity we seem unable to halt. The killing of dolphins and other species as bycatch in the fishing of commercial species, continues unabated.

Do you eat wild fish from the oceans caught in gillnets or trawl nets? Do you eat tuna, especially any tuna without the dolphin-friendly stamp? Then there is an invisible blood on your hands too.

In The Brilliant Abyss, Helen Scales warns against the desecration of the sub-sea realm

According to the charity Whale and Dolphin Conservation, each year, in UK waters, more than 1,000 porpoises and hundreds of dolphins, including 250 common dolphins, die after being caught in gillnets. A further 30 minke and 5 humpback whales die from becoming entangled in creel ropes, used by prawn, lobster and crab fishing, in the seas around Scotland. And, perhaps the most shocking figure around cetacean by-catch, each year, 10,000 common dolphins, which come from the same population as the dolphins we see off our coastlines, die in trawl nets in the Bay of Biscay.

A third of the world’s cetaceans are threatened with extinction. One particularly sobering fact that author Adam Nicolson pointed out to me recently is that the year in which most whales were killed was also the year before whaling became no longer economically viable because there were too few whales left, and only then was whaling banned.

Campaigners have over the past year been calling for the UK and devolved governments to meet their commitment in the post-Brexit Fisheries Act to “minimise and where possible eliminate” dolphin, porpoise and whale bycatch from UK fishing activities. Propositions include greater monitoring and that gillnets be replaced with alternative gear.

Another solution to the wider bycatch problem, advocated by some, is levies

But cetaceans are not the only species we should be worried about. A UN Food and Agriculture Organisation report into discards from 2019 found that fisheries were harming at least 20 million individual creatures from endangered, threatened and protected species annually. Ten percent of annual catches globally were discarded – almost half of these were from bottom trawls, and the rest from purse seines, midwater trawls and gillnet fisheries.

In Scotland, one of our biggest bycatch issues is cod and whiting, killed or harmed in the process of langoustine fishing. According to Open Seas, “Scottish Government’s own figures estimated that 1,308 tonnes of unwanted cod, whiting and haddock would be caught from Scotland’s west coast inshore waters by the prawn trawl fleet, in the first three months of 2019.”

If we were to see those cod and whiting, or other bycatch, lined up on the beach, as those dolphins were, would we be able to put so easily aside those losses and eat that langoustine on our plate? We condemn those Faroese hunters, but they are at least eating the meat of the dolphins and whales they have killed. The lives of cetaceans and other species caught as bycatch or tangled in discarded fishing gear, are simply wasted.