Luna’s Fishing Garden Is All About Fishing And Gardening, And Looks Charming 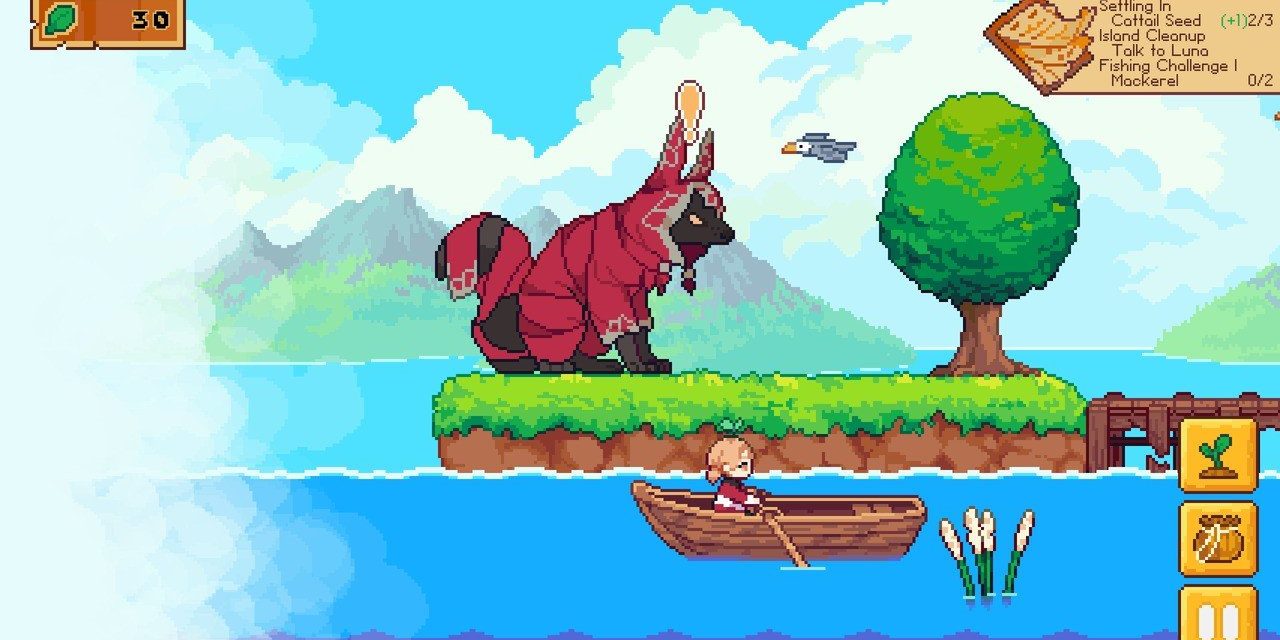 A new fishing game from Nintendo is hitting the market later this week! Take a look at what this game is all about.
From Nintendo Life:

With a typical Switch eShop week bringing 40+ new games, plenty arrive with very little attention. One that has caught our eye but could have easily been missed is Luna’s Fishing Garden, which arrived on 2nd September in Europe but had a fresh press release as it’s arriving a week later in North America, on 9th September.

It’s developed by Coldwild Games, which has also brought Merchant of the Skies to the Switch eShop.

Luna’s Fishing Garden certainly falls into the wholesome/cosy genre, with a relaxed tone as you fish, create a garden and try to bring new animals to your home.

Luna’s Fishing Garden is a short, cozy fishing and building game. Become a part of a fairytale, catch fish, trade with the fox spirit, and create the garden of your dreams by planting new trees, placing water objects, and bringing animals to the archipelago.

Progress at your own pace and enjoy catching fish, planting and watering trees, and settling animals on the islands. After you have completed the main plotline, you are welcome to stay and build your garden any way you want to. You can’t lose in this one.

With beautiful pixel art and relaxing soundtrack, Luna’s Fishing Garden is designed to take your worries away and immerse you in the colorful water world. Meet island spirits and complete their tasks, or simply relax and observe the world around you.

This looks like a rather decent chill-out game, let us know what you think in the comments.