Terrestrial season arrives, but is it wise to fish? 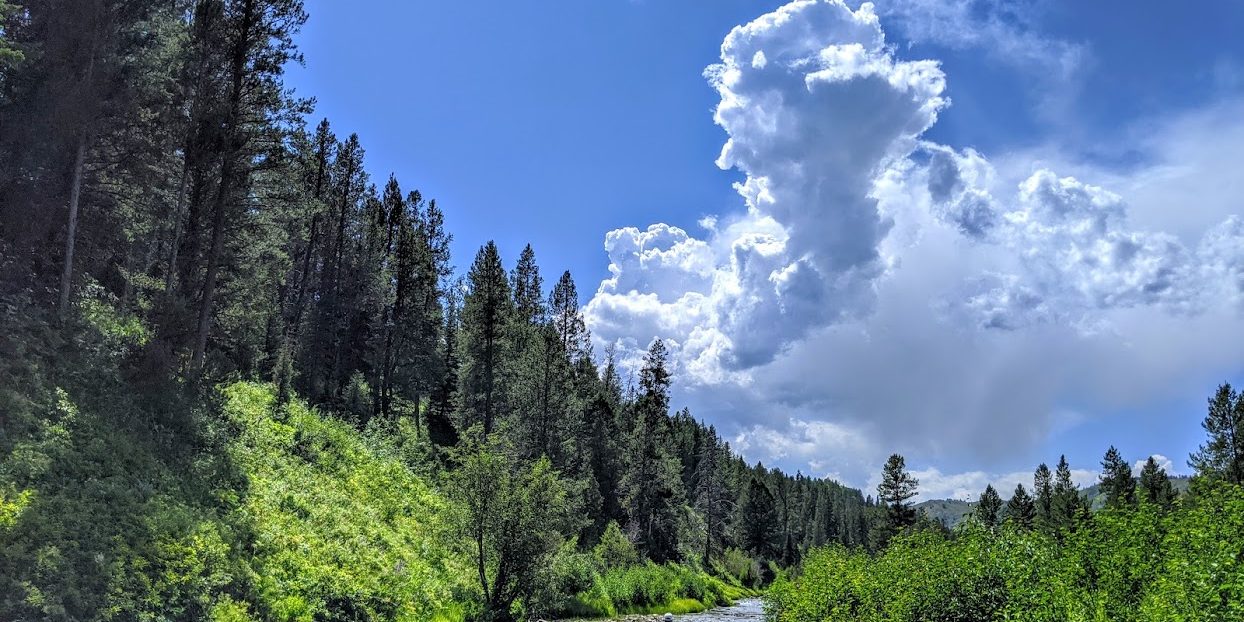 It’s my favorite time of the year. Big, fat terrestrial insects have had a summer to mature, and they’re prominent along trout streams all over the West. Normally, I’d have stuffed a couple of fly boxes with hopper and beetle patterns, and I’d be spending any free time I had throwing big bugs at fish that just can’t seem to resist them.

But it feels different this year. Summer has been brutally hot around the region, and water temperatures are still much too warm to warrant chasing fish when even a short-lived catch-and-release encounter might be all a nice trout can take. And the news just keeps getting worse, honestly. Some fisheries are closed to angling altogether thanks to the one-two punch of low water and high temperatures, and in other places, like on the Western Slope of Colorado, anglers are voluntarily staying away from trout, if for no other reason than to protect them.

By now, most conscientious angler understand the unwritten rules of the game. We don’t fish when water temperatures get above 65 degrees. Many of us are fishing less frequently and purposely trying to catch fewer fish by eschewing some techniques that just work too darn well. And all of this is good.

But I’ve been thinking “big picture” a lot lately. The ongoing drought and the accompanying heat … well, this weather pattern is becoming more and more common. Normal, even. It’s given me a bit of a gloomy outlook for trout fishing in general. Even with the hoppers flitting about and a solid, if temporary, break in the heat, it’s tough to be in that celebratory mood that accompanies maybe the best month of the year for dry-fly anglers.

I don’t think it’s in my DNA–and I’ll wager that most avid trout anglers feel this way–to abandon the pursuit altogether. But it’s been almost a month since I really embarked on a committed fishing day for trout. I’ve retreated from the rivers and streams in my home state to protect the trout that swim there, but I think I’m also–at least subconsciously–trying to protect my own fragile psyche. To stop fishing for trout is one thing. But to be out among them and not be able to cast a hopper to them for fear of doing them harm is another thing altogether. So I’ve stayed home.

And, to be honest, I may not fish for trout here in Idaho again this summer. Maybe we’ll catch break. It’s actually raining this week, and it’s cooled off into the 70s, but the forecast doesn’t look so great. This may be the unfortunate “lost summer” for many of us.

That said, losing one summer to perhaps be able to enjoy the next one isn’t all that bad. I have friends who have stowed the fly rods and broken out the snorkel gear, or who are spending hot summer days floating rivers with friends. I spent a week in Texas, where it’s supposed to be hot, and where the bass and the sunfish thrive in the stifling humidity and relentless sunshine. We’re finding other pursuits, all in the name of safeguarding our precious trout.

And the weather will break. Crisp fall days are just around the corner. Fishing with a clear conscience can and will happen again.

But until then, I’m staying away from the trout, as much for me as I am for them.