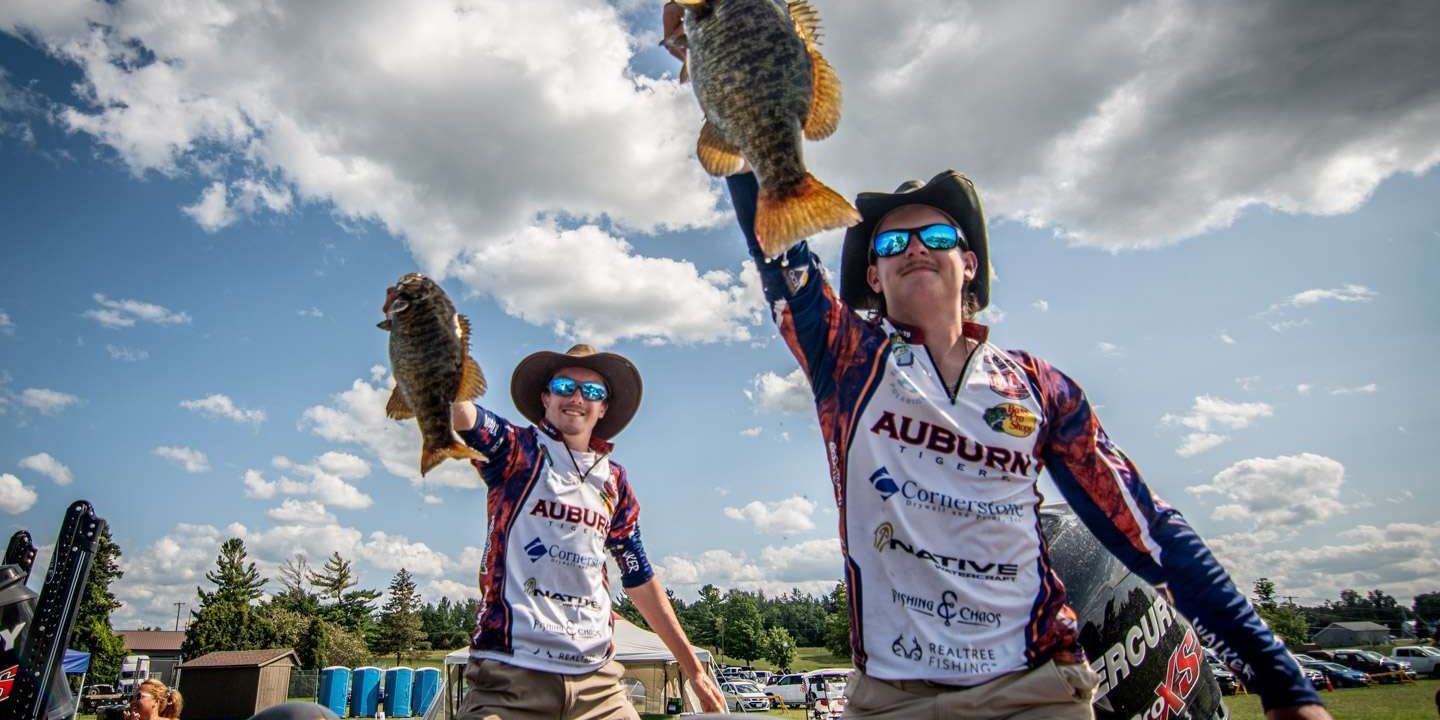 From Cullman Times ATL, via Yahoo,

Aug. 16—When the results came in, James Cobbs couldn’t contain his excitement.

The 2018 Cullman graduate and Auburn University angler joined forces with teammate Conner Crosby over the weekend to finish third at the Bassmaster College Series National Championship — held on St. Lawrence River in Waddington, New York — and qualify for the College Classic Bracket in October.

Cobbs and Crosby finished with a three-day total of 59 pounds, 8 ounces.

The duo competed in a 124-boat field, surging to 22nd after Day 1 and ninth after Day 2 to make the Top 12 cut that competes in the final round.

They then caught 21 pounds, 4 ounces on Day 3 to vault up to third place.

“We never imagined we’d be able to do it,” Cobbs said in a phone interview with The Times. “It’s something we’ve always dreamed of doing, though. Going into the tournament — we didn’t have any expectations. We just wanted to fish and have fun. But when we caught them pretty good the first day, we wanted to go out there and do it again. Once they told us we made the Top 12, we were jumping for joy.

“(On the last day) there was nowhere to go but up. We had a lot of boat trouble, but once we got out there we knew we could do it. It was really emotional for us. This is a dream we’ve had our entire lives … to get up on that big stage.”

Cobbs, a senior, spent four years on Cullman’s fishing team and has been competing as a member of the Auburn University Bass Team since 2018.

He joins a long line of Bearcat anglers — Jordan Lee, Matt Lee and many others — who have achieved angling success upon graduating. Current students Landon Franks and Brody Hopper recently won the Bassmaster High School Championship as well.

“It feels like I won the lottery,” Cobbs said. “I’m proud to be a part of the history at Cullman.”