Hunter Numbers Boom, But Can We Hold onto Them? 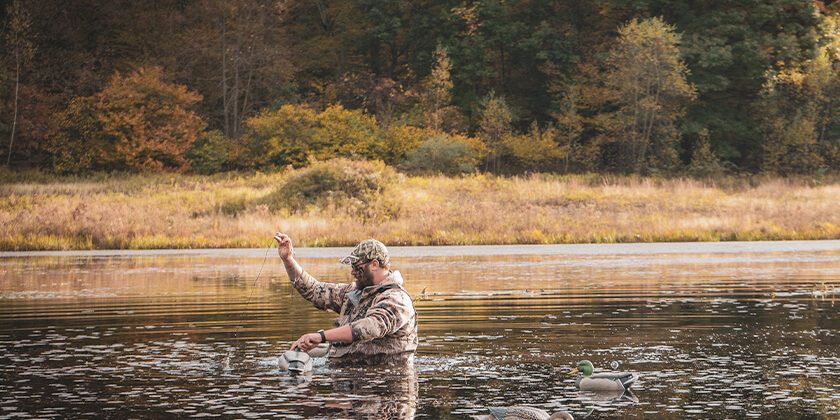 Check out this report from Wildfowl. It covers the surge the pandemic brought into the hunting sports, especially waterfowl. With many searching for something to do, and in certain instances for more sources of food to help economically fill freezers, hunting surged.

Since reaching an all-time high of 2.03 million in 1970, the number of waterfowl hunters nationwide was on a downward trend. Not good. According to the U.S. Fish and Wildlife Service’s 2020 Migratory Bird Hunting Activity and Harvest Report, the number of active waterfowl hunters dipped below the 1-million mark for only the third time in 81 years after counts were tallied following the 2019-2020 hunting season. More concerning is the rate of that decline. Between the 2018-2019 and 2019-2020 seasons, the dip was estimated at 1.09-million waterfowlers lost over the course of just one year.

Many ask, “Why is this a problem?” This question is especially true of those that chase their waterfowling dreams on public dirt. Fewer hunters mean less competition for prime waterfowl spots. The big answer: A loss of conservation funding. State game and fish agencies need money from license sales to protect habitat, partner with landowners to develop walk-in access spots and keep public lands in prime shape. Federal Duck Stamp sales alone have created $1.1 billion in revenue that has been used to preserve 6-million acres of waterfowl habitat. Fewer dollars mean less conservation. Period.

A big concern of hunting officials across the nation is the fact that the 45-64 age bracket made up 46 percent (the largest demographic) of the hunting population in 2016. In 1991, the largest percentage of U.S. hunters fell in the 25-34 age bracket. Today, that age group, along with the 18-24 age group, make up the smallest portion of the hunt/fish community. This data, however, may be changing for the better.

“Based on reports last summer of increased fishing license sales as the pandemic took hold, we came into this hunting season expecting a bit of an uptick,” said Ducks Unlimited (DU) waterfowl scientist Dr. Mike Brasher. “While final numbers for the entire country won’t be available until later this year, initial results from selected states are encouraging. For example, in the Mississippi Flyway, preliminary data shows a 16 percent increase in Michigan and a 13 percent increase in Mississippi. Waterfowl stamp sales were also up in Arkansas, but only by a small percentage. Hopefully, we’ll be able to keep these hunters engaged in future years.”

Click through at the source above to read the whole breakdown, but in short the big benefit is that with hunting up conservation funding is up. The amount of money being poured into natural resource departments through license sales is a huge boon, but sustaining that funding will be the crucial part of keeping these efforts sustainable long term. Conservation requires a constant influx of effort and resources.