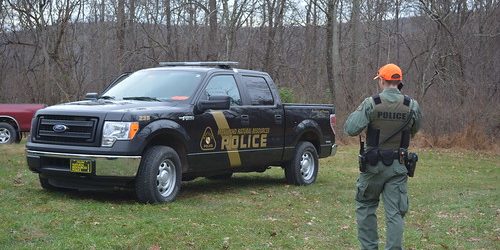 This story out of Garrett County Maryland, poaching is a serious offense in every jurisdiction that allows hunting. However poaching of protected animal classifications are generally much more vociferously enforced and carry harsher penalties than simply harvesting a regular game animal out of season. Be sure you and yours are hunting responsibly. Don’t be these guys.

Three Garrett County men were convicted of multiple counts of deer poaching and had their hunting privileges suspended following charges filed by the Maryland Natural Resources Police for the illegal killing of an albino deer in fall 2020.

In order of their court appearances:

Jeremy Hoalcraft, 18, of Oakland, pleaded guilty in Garrett County District Court on April 1. He was fined $1,500 with $1,000 suspended. He was also placed on one year of unsupervised probation and lost his hunting privileges for one year. For the additional charge of hunting without permission, he was fined $500 and ordered to pay $400 in restitution for illegally killing the antlerless deer.

David Georg, 29, of Swanton, stood trial in Garrett County District Court on April 15 and pleaded guilty to aiding and abetting hunting deer during closed season and hunting without written permission. He was fined $250 for each offense and lost his hunting license for three years.

Jordan Dawson, 22, of Deer Park, appeared in the same courtroom on July 14 and pleaded guilty to hunting deer during closed season, hunting without written permission, and driving without a license. For the hunting-related offenses, he was fined $200 and cannot hunt in Maryland for three years. He was also sentenced to 60 days in Garrett County jail for driving without a license. Dawson was placed on three years of unsupervised probation.

In November and December, the Natural Resources Police investigated reports of deer illegally killed near the Blakeslee community in Garrett County. On December 3, 2020, officers learned from concerned citizens that an antlerless albino deer was illegally hunted. After investigating, police identified Dawson, Georg, and Hoalcraft as suspects.

Each suspect admitted to being involved in illegal hunting and killing the deer, according to police. The suspects told officers that they drove to the Blakeslee area to look for deer. While in the area, they observed the albino deer and other antlerless deer in a nearby private field. Hoalcraft then used a rifle to shoot the albino deer from the rear seat of the vehicle. The albino deer reportedly ran a few feet before it fell and died. The firearm was then passed to Dawson, who fired at another deer.

The three men quickly fled the area and planned to retrieve the deer later that evening but never did, leaving the deer to waste. Police learned that Dawson’s driving privilege was suspended and revoked and that he was prohibited from possessing firearms and ammunition due to previous criminal convictions. Hoalcraft also had unrelated deer parts in his possession, which had not been reported to the Maryland Department of Natural Resources as required by law.