Warning: chmod(): Operation not permitted in /home/httpd/html/thesportsmansgarage.com/public_html/wp-includes/class-wp-image-editor-gd.php on line 483

Warning: chmod(): Operation not permitted in /home/httpd/html/thesportsmansgarage.com/public_html/wp-includes/class-wp-image-editor-gd.php on line 483 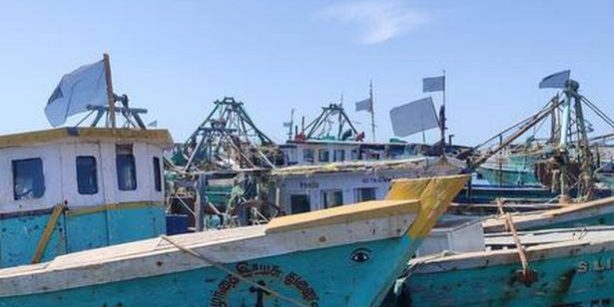 Strike in India, statement below.

The Central government should immediately withdraw from tabling the Indian Marine Fisheries Bill, 2021, in the monsoon session of the Parliament, said fishermen leader association members here on Monday.

Participating in the one-day strike, the fishermen hoisted black flags on their boats and stayed off the sea to express their displeasure against the Union government. “It seems that the leaders in New Delhi are not interested in protecting the welfare of the fishermen and this is reflected in the Bill,” they claimed.

Another fishermen leader Sesu Raja said that the next course of action would be to mobilise fishermen from all the coastal districts in Tamil Nadu.

At a time, when fishermen were looking for assistance from the governments, such Bills were anti-fishermen. “Why should the fishermen be imposed a penalty or directed to remit a fee for fishing. It’s our right to venture into the sea. When fishermen have asked for subsidies in diesel and better infrastructure including fair price for the catch, the governments have done nothing tangible”, he charged.

However, an official clarified that the Centre had proposed in the Bill to impose a fine on crossing the IMBL with the intention to protect the fishermen.

The fishermen are expected to go for fishing tomorrow (Tuesday).