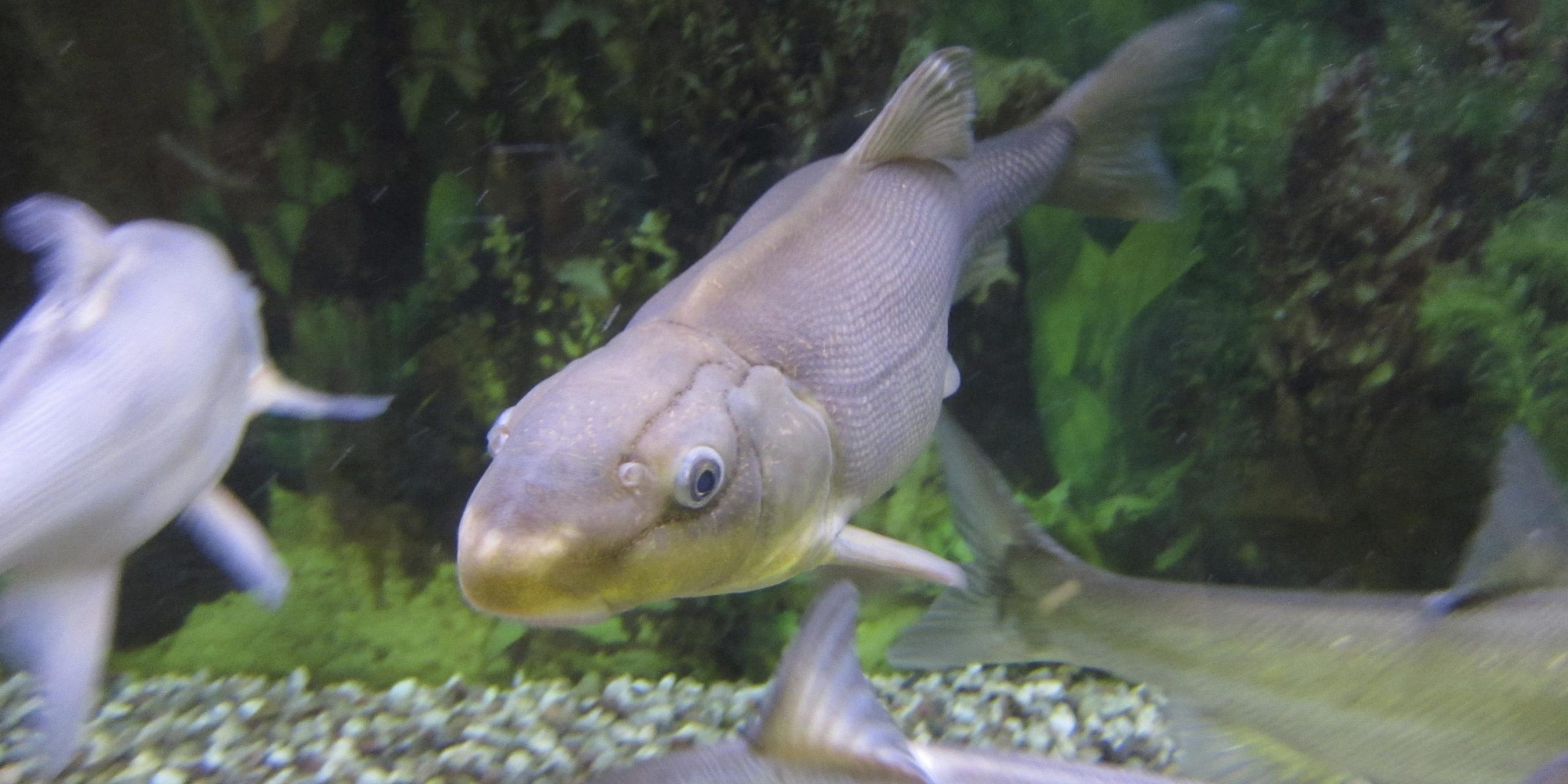 Good news from the AP this morning out of Colorado as the Razorback Sucker,  the Colorado River Basin Fish, has sprung back from the edge of extinction. Conservations efforts have had a significant impact on the water denizen of Colorado and the numbers are such that they USFWS is looking at downgrading their status to ‘threatened’. These are the words conservationists want to hear, whenever a species achieves the downgrade (which for their health as a species is an upgrade), it is a win for the protection efforts. From promoting habitat to limiting harvesting and controlling for as many factors as humanly possible, species can see a rebound by gently steering the correct positive conditions. Hatcheries also played a crucial role in this win as the razorbacks could hatch and mature in a safer space devoid of predators.

DENVER (AP) — The U.S. Fish and Wildlife Service said Tuesday it plans to propose reclassifying a rare Colorado River Basin fish called the razorback sucker from endangered to threatened status after a multiyear and multistate effort throughout the Southwestern U.S. to replenish its populations.

A proposed formal relisting, to be published Wednesday in the Federal Register, would classify the fish as no longer on the brink of extinction. But it would require continued management of the razorback’s survival in the Colorado River and several key tributaries. The Fish and Wildlife Service first said it would recommend the change in 2018.

Hundreds of thousands of razorbacks once thrived in the Colorado River and its tributaries, which flow across seven states and Mexico. By the 1980s, they had dwindled to about 100. Researchers blamed non-native game fish that preyed on the razorbacks and the construction of dams that disrupted their habitat.

The razorback was listed as endangered under federal law in 1991. It has been protected under Colorado and Utah law since the 1970s.

Their adult numbers have since reached more than 50,000, thanks to the work of Fish and Wildlife and other federal and state agencies, Native American tribes, hatcheries, dam operators and landowners, said Tom Chart, director of the Upper Colorado River Endangered Fish Recovery Program. The program was created in 1988 to rescue the razorback and other endangered aquatic species in the basin.

“The razorback was the most rare species we came across,” Chart said Tuesday. “Today we are finding fish that originated in hatcheries and were stocked out under the program 20 years later, and they’re behaving like they’ve always been in the wild.”

More at the source link.

As we know, ‘Threatened’ is still not out of the woods (or in this case, the waters) of trouble. Work needs to be maintained, habitats need to be monitored, populations need to be tracked to maintain the growing population and be certain that other species are not threatened by tipping a balance too far. Conservation is delicate work.