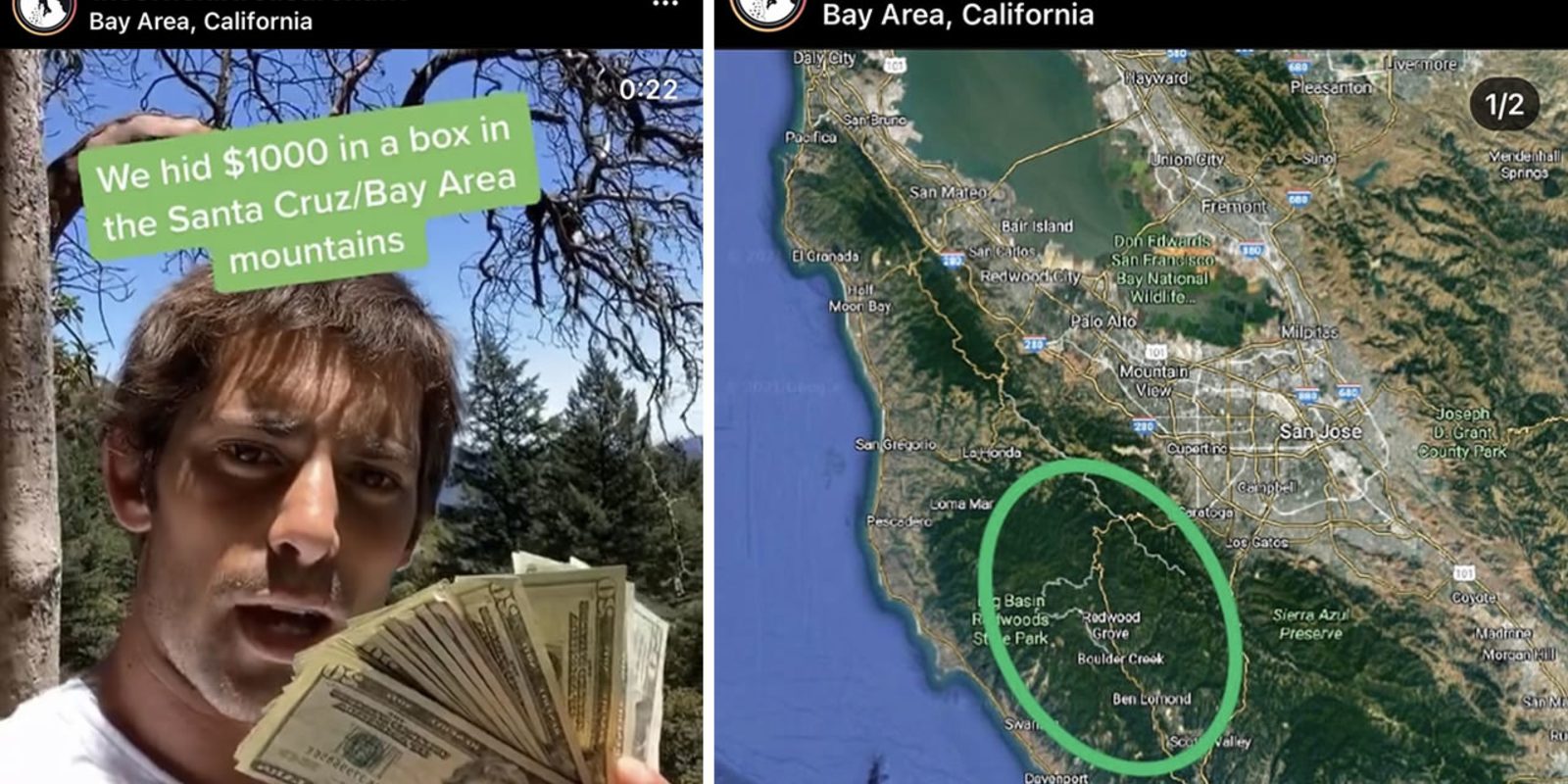 An account called “The Official Treasure Hunt” popped up on Instagram, promising to post clues of where the money is hidden. New clues are set to be posted on Thursday, the organizer tells ABC7 News.

“We were just thinking what’s a great way to get people together and bring people to the outdoors, our favorite place,” Co-founder Joe Rattay said. “Brendan and I always love a good treasure hunt. What gets you more excited than actually going out in the woods with a purpose to find something cool.”

So far, all we know is the cash is supposedly on public land, somewhere in the forest and in a box.

Well, there’s also a map with its approximate location circled. The circle includes a massive swath of the Santa Cruz Mountains, so we’re hardly qualifying that as a hint.

“What we’re going to do is post clues on our Instagram @TheOfficialTreasureHunt so follow us there,” said Co-founder Brendan Ruh. “You’ll get clues leading you in the general area where the box is hidden. So you can get closer and closer. Follow for weekly updates. It’s publicly accessible, it’s easy to access and it’s not in any dangerous spot. Anybody can find it.”

So, if you’re in the area and looking for something fun to chase in the mountains (safely of course) go ahead and head up!

These things can be publicity stunts, they can be interest generators, but given the amount and the location… This may simply be for the fun of it. Stranger things have occured.

$1,000 is a good weekend and could pay for your whole 4th without an issue so relax, enjoy, good hunting Santa Cruz!